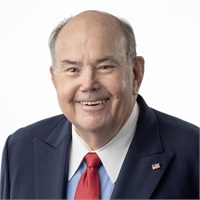 Larry is the founder and Chairman Emeritus of Foster Financial Group. In a successful career that has spanned over fifty years, Larry has made it his mission to give back to his colleagues in the financial services industry and his community. Time and time again, he has reached out a helping hand to friends and strangers who soon became friends.

Larry began his insurance and financial services career in 1963. He served as president of the Dallas and State General Agents and Managers Association (SWGAMA) from 1978 to 1982. In 1994, SWGAMA presented Larry with the Trail Boss Award, created to recognize individuals who have served “above and beyond the call of duty.” Nominees are those who have made outstanding contributions to the agency system of marketing life insurance as evidenced by their performance as leaders in agency-building activities and community affairs. It is the highest honor SWGAMA can bestow on one of its own.

Larry has received numerous other insurance industry awards including the American Salesmaster Oscar of the Year in 1969 for outstanding sales and agency building. Foster was the featured speaker on the Texas Sales Caravan in 1983, entitling him to induction into TALU’s distinguished Amalgamated Order of Trained Seals.